The Kwa-iddi Sunrise Chorale greeted my awakening after my first full night’s sleep here in this booming suburb of Arusha.  Kwa-iddi is the name of the village that constitutes one of those little ones that make Arusha not only a relatively big town but also a metropolis.  By American standards, Arusha probably doesn’t rank much bigger than Boulder, Colorado, but by Tanzania standards, it dwarfs most of its Tanzania peers.

The Chorale includes multiple sopranos, altos, and tenors.  I really haven’t heard any bases or baritones, like we would expect from Rockland’s choir, but they could just be waiting for their queue to join in song and pre-dawn inspiration.  Believe it or not, the sopranos include mostly male singers.  They tend to start their concerts, queuing their accompanists and complements with a joyful rendition of something we might call a “cock-a-doodle-doo”.  The woof-woof of the bases and baritones don’t miss a beat, and the excitement in their voices obviously characterize the exuberance that lies in their hearts.

So, I consider myself fortunate to have arrived safely and happily from more than 36 hours of travel and opening day fellowship and acquaintance.  Although I didn’t immediately seize upon the airport sign that bore my name in bold red letters, nevertheless Lota, together with his older brother Aborini, and the world’s most accomplished video and photographer in-waiting, Nehemiah, waited patiently at the airport while the disembarked passengers on KL0567 huddled outside the terminal to be processed by Tanzania’s international check-in at Kilimanjaro airport.  When Lota ultimately rescued me from international travel oblivion, he and I had already exchanged totally impotent WhatsApp messages over cyberspace connections that just didn’t work, due to the totally worn-out batteries in my laptop and internet access that had not yet been accessed by my phone.

As part of my first day’s requirements, Lota transported me to the local telephone and internet provider, HaloTel, where I completed my first Tanzanian purchases of a sim care for my phone, a re-chargeable modem/router for internet communication, and an internet access data plan.  So, my state of international travel oblivion has concluded.  I now reside peacefully in my newest residence in the town of Kwa-iddi that bears the name of its founder, Mr. Iddi of years past.

I have remained rather silent over the past month or two, due to two sets of circumstances.  First, a client of mine in Denver needed desperate and immediate help in dealing with an IRS audit that threatened to just about wipe out his emergence from entrepreneurial infancy.  Not being among the world’s finest record keepers, my client had attracted the attention of the IRS, who seemed to relish its attack upon my business hero with the excitement of a jackal or hyena licking its chops just before dinner time.

Following the warding off of my client’s overly eager and hungry “friends”, I found myself occupied with family time, first attending the wedding of a relative, and then vacationing on the rather remote get-away called Beaver Island, in northern Lake Michigan.  So, I’m only now returning to my object of entrepreneurship passion, with my arrival in Tanzania.

I hope to now remain in contact with an extended audience of interested Tanzanian participants to my Crazy Idea Entrepreneurial Partnership Forum, here in Arusha.  My immediate partners and I concluded our initial meeting discussing how we should proceed, where we will meet, and outlining an overall schedule of business planning with an audience of hungry Tanzanian entrepreneurs-in-waiting.  We decided that our first objective should include the completion of a business plan for the business that I’ve initially termed Christian Enablers International.  So, for those who began wondering what happened to the communications preceding my Tanzanian visit, I have emerged from the necessary distractions of client service and family socialization.  Thanks for tolerating my silence and temporary distractions. 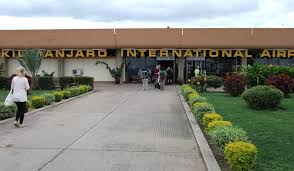 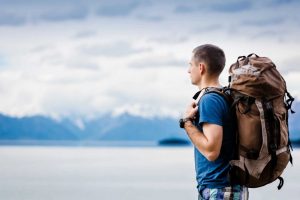